It’s almost too late for nettles, but luckily they’re still young and fresh thanks to the rather cold May we’ve had. I love nettles! I think it’s one of the most tasty vegetables we have, and for free, which isn’t a bad thing at all. In the 50s my grandmother grew nettles in her town garden. People thought she was a bit odd, but nowadays they’d think she was wise. This is super food! Lots of vitamins and minerals in these. There’s plenty in our back garden. I use rubber gloves for picking them. Later they will grow new smaller branches, that can also be used if the the insects haven’t eaten them first. There are many who think this is a fine vegetable. 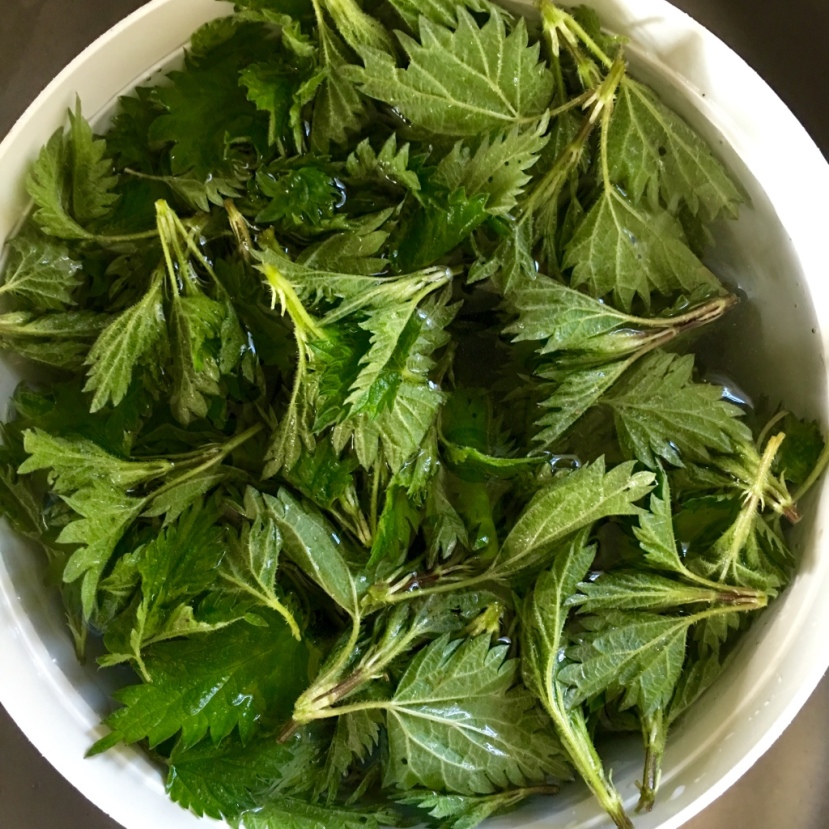 Nettles in water. I soak them in cold water for a few minutes, then I rinse.

I boil them less than one minute, just so the colour turns bright green, which tells me most of the oxygen has gone, and they will preserve well and look gorgeous in my dishes. I put them in cold water for a couple of minutes, and then I press out as much moisture I can with my hands. There are several ways of preserving nettles depending on how you’re going to use them later. This works for me and I’ve done it for decades.

The kitchen machine takes care of the chopping. 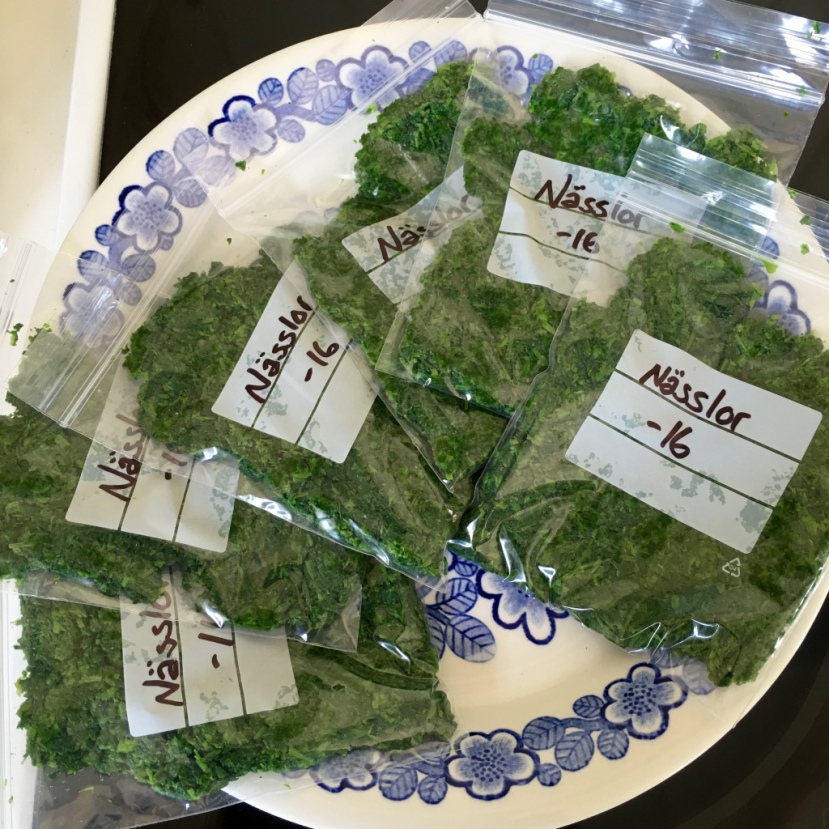 I use small plastic bags for storage. You could also freeze them the size of ice cubes, and keep them in bigger bags. I take as much from the bag that I need for my soups, sauces, bread, pancakes etc. One little bag contains enough for 3-4 dishes in our household of two grown ups. I started with three liters of fresh nettles, and now I have six small plastic bags that I need to put in a place in the freezer where I can find them during the winter. That’s the hardest thing of all!

Oh yes, I’m well aware of the fibres in nettles! I’ve tried a couple of times to use our common stinging nettle in a yarn, but I don’t have the patience to do it properly. There’s a lot of work before you get even a few fibres from those stems. The fine cloth you can spin and weave is called “nättelduk” or “nettelduk” in Swedish, which tells that the Swedish work “nässla” is the same as the English “nettle”.