My trip to Orkney and Shetland is over. I feel a bit sad, but because it was an amazing trip I think I can survive. Both those places take a firm hold on you: you don’t want to leave them.

Some years ago an internet friend of mine invited me to Orkney, but I didn’t think at that time that it would ever be possible. Thanks to a decisive Swedish friend I was able to make the trip this year. I don’t regret it! Thanks to my friend I was able to see not only her Boreray sheep, but also places I’ve wanted to see for many years. So thanks to Jane I can now show a few of the hundreds of photos I took of stone and sheep. As you may know, Orkney is a paradise for people who love archeology, history, and sheep.

The Standing Stones of Stenness are impressive. I don’t know why they effected me so strongly. Here they are from some distance:

A close up of one of the stones. It’s been here for quite a while, at least 5000 years. The wind, rain and sun have been working on it: 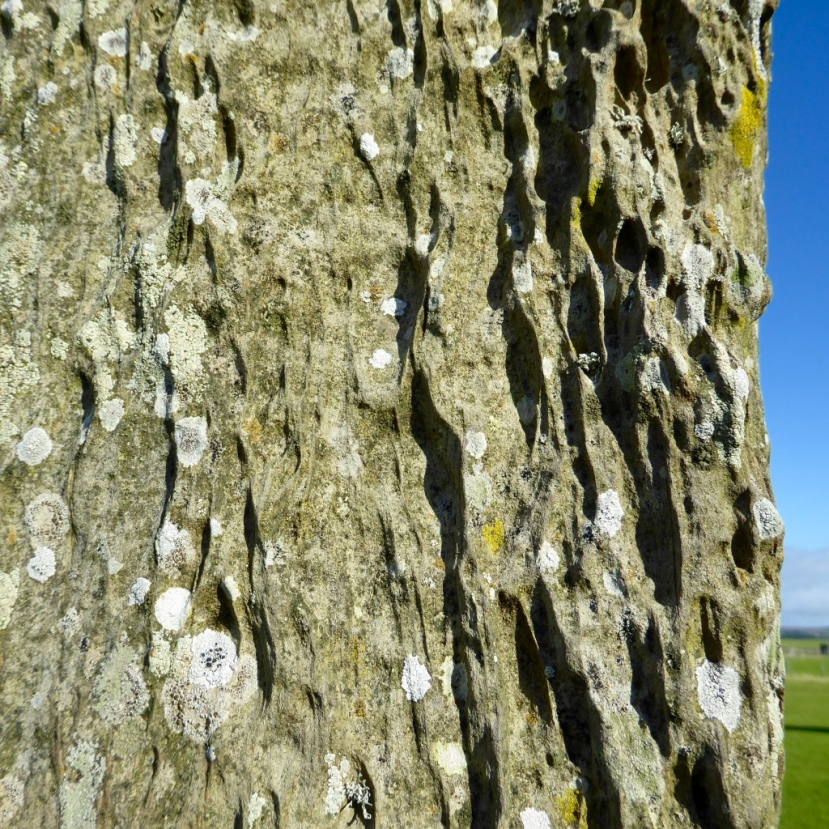 The next stop that day was the Ring of Brodgar. There may have been as many as 60 megaliths, 27 remain. The stones are smaller than the ones at Stenness, but just as impressive. Like so many others, I also wonder what purpose these rings had when they were constructed. 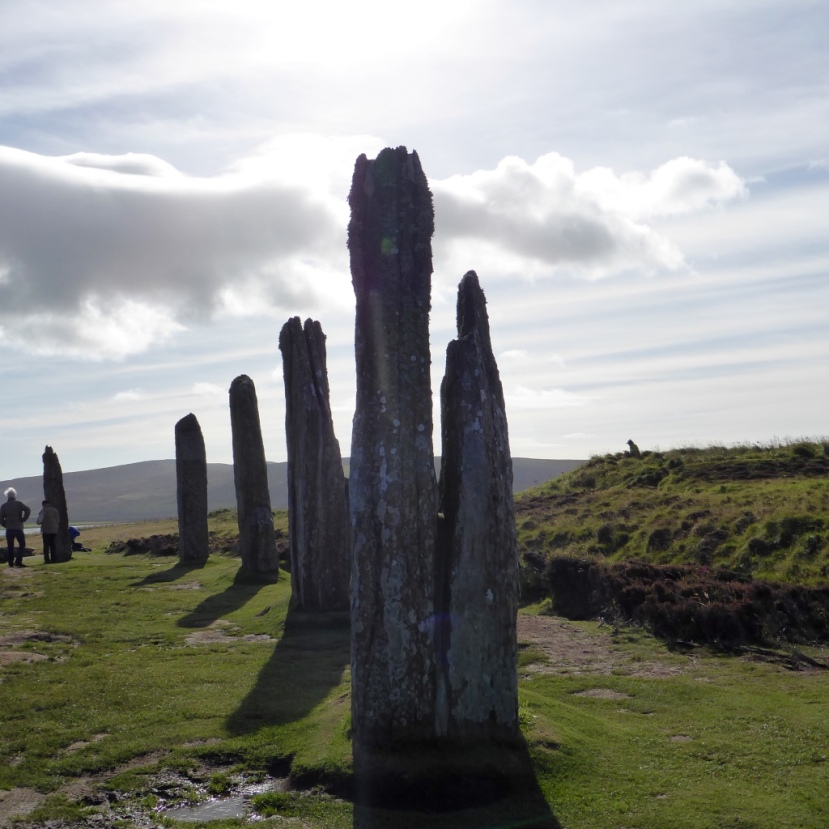 As it was such a beautiful day, I also had the opportunity to see Skara Brae. The museum has a reconstruction of one of the neolithic buildings. The settlement is 5000 years old. 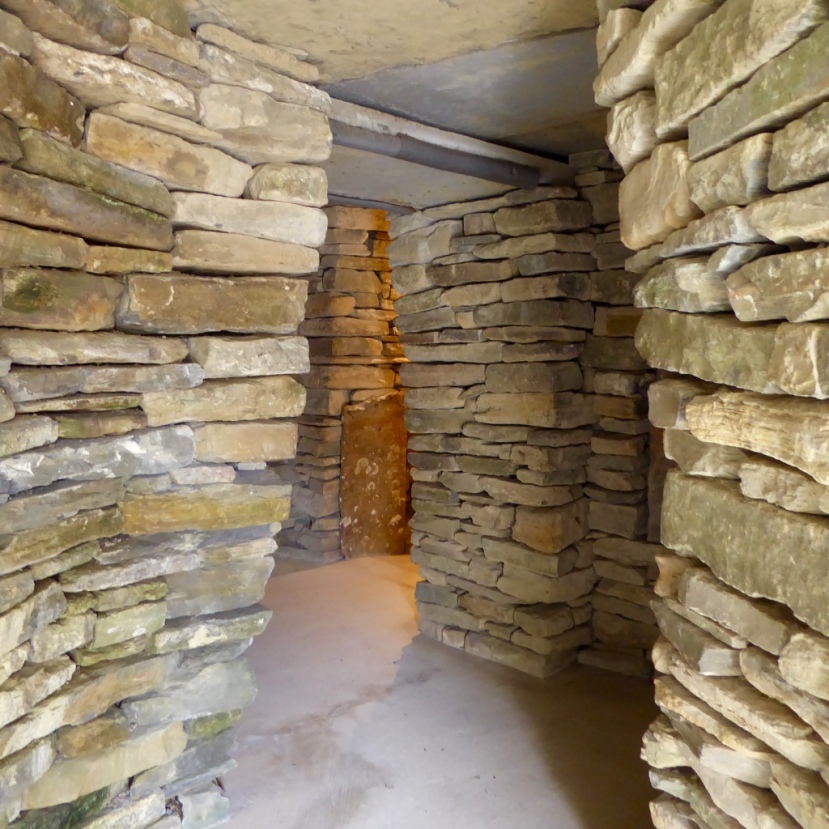 My photo of the hearth isn’t very good, so follow the link above if you want to see a better one.

After the museum I walked down to the settlement, which was a joy on this beautiful day. I sat down by the beach to look at the cliffs and the sea, and the stones that still show where the people have been collecting building material for thousands of years.

A view from the settlement:

I have lots of photos from Skara Brae, but I think going to Orkneyjar and reading about the settlement there will give you much better information than I can.

Because I want to show you some sheep. Hold on to your hats, here are the Borerays running for some treats!

Jane Cooper is doing a necessary and admirable work by farming these very rare sheep. There is some information about them on internet. I think you should start here: Mrs Woolsack’s Blog.

Jane’s sheep are adorable! They are quite small, and they are very cute, at least when you don’t have to do all the work with farming them. They live in a beautiful landscape, but the weather isn’t always as nice as it was when I was in Orkney. For me who comes from a rather calm part of the world with storms that seem like a summer gale compared to the winds in Orkney, it’s difficult to fully understand what the farmers are up to during the winter storms. We have the cold winters, and need to keep the sheep and cattle indoors from the middle of September or beginning of October until the end of May, while the sheep are outdoors the year around in Orkney. So animal farming here in Finland is quite different than in Orkney, and on the whole it seems Orkney is a better place for sheep and cattle.

Some of the boys:

I also saw the St. Magnus Cathedral and the Orkney Museum in Kirkwall. The cathedral was – not what you’d expect in a small society like Orkney. Impressive. I could’ve stayed all day in there.

I also met Liz Lovick, our guide on my first trip to Shetland in 2010. More about her CPW in another post!